I wrote my master's thesis on comparing different fetch strategies and came across some intriguing results. Here are the presentation slides which summarize my findings.

The primary reason for syncing in this way is to take advantage of the properties of time-series data to minimize the stress imposed on remote source databases.

This is where the real time-series optimizations come into play. When syncing a SQL pipe, the definition sub-query is executed with additional filtering in the WHERE clause to only fetch the newest data.

For example, if the definition of a pipe is SELECT * FROM remote_table, something like the following query would be executed (query syntax will vary depending on the remote database flavor):

How does fetch work?

The fetching process depends on the type of connector. SQL pipes generate and execute queries, API pipes read JSON from other Meerschaum API servers, MQTT pipes subscribe to a topic, and plugin pipes implement custom functionality. If you have your own data (e.g. a CSV file), you don't need a connector and may instead sync a DataFrame directly:

After fetching remote data, the difference is taken to remove duplicate rows. The algorithm looks something like this:

To skip the filter stage, you can use the --skip-check-existing flag.

Once data are fetched and filtered, they are inserted into the table of the corresponding Meerschaum instance. Depending on the type of instance connector, the data may be bulk uploaded (for TimescaleDB and PostgreSQL), inserted into a table, or posted to an API endpoint.

Depending on the nature of your remote source, sometimes data may be missed. For example, when data are backlogged or a pipe contains multiple data streams (i.e. an ID column), the syncing algorithm might overlook old data.

There is an experimental feature that can account for multiplexed data streams, but keep in mind that performance may be negatively affected for a large number of IDs.

To enable this feature, run edit config system and under the experimental section, set join_fetch to true.

When you bootstrap a pipe, you will be asked for a datetime and ID columns. If you've bootstrapped a pipe and forgot to specify its ID column, you may have to rebuild the indices:

When syncing a SQL pipe, the most recent datetime value is used in the WHERE clause. If you have multiple IDs or backlogged data, you need to specify the backtrack minutes in order to catch all of the new remote data. 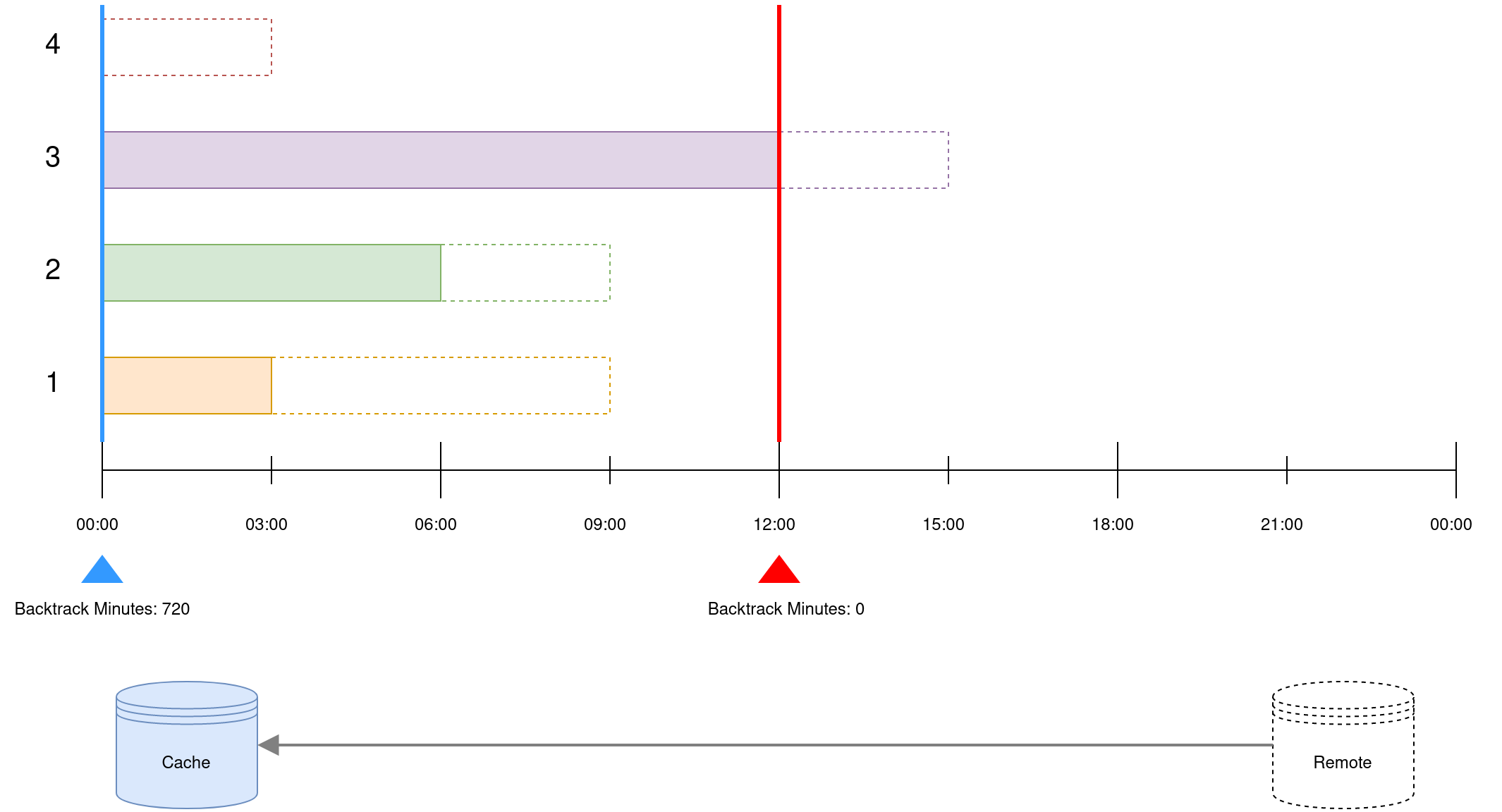 Consider the image above. There are four data streams that grow at separate rates — the dotted lines represent remote data which have not yet been synced. By default, only data to the right of the red line will be fetched, which will miss data for the "slower" IDs.

To fix this, add a backtrack interval of 720 minutes (12 hours). This moves the starting point backwards to the blue line, and all of the new data will be fetched.

To add a backtrack interval, edit a pipe and add the key backtrack_minutes under fetch:

In case a sync fails, you can correct the problem by editing the pipe's attributes with the command edit pipes. You may also bootstrap an existing pipe to wipe everything and start the process again from the top.

Try before you sync

When writing the definition for a sql pipe, it's a good idea to first test the SQL query before going through the hassle of bootstrapping a pipe. You can open an interactive SQL session with the sql <label> command or in the Python REPL with the python command and the following code: